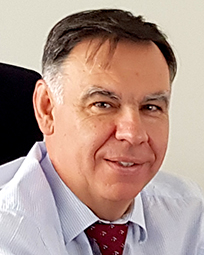 Javier Ponce is an Industrial Engineer graduated from the Polytechnic University of
Madrid, Master in Business Administration (MBA) from the Instituto de Empresa (IE)
and Degree in European Communities from the Spain’s Diplomatic School.
He began his professional career in 1986 as a fellow and, later, as a researcher of the
CSIC (Higher Council for Scientific Research). Later, he worked as a design engineer and
later as Head of the Microelectronics Laboratory of the AMPER telecommunications
group.

In 1992, he joined the CDTI as a Manager of International Programmes and Spanish
Delegate to the European Union for R & D Programs during the Framework Programs
III and IV. Latter positions are Head of the Office for the Spanish Chairmanship of the
international Eureka Programme for Technological Cooperation (40 countries), Head of
Studies & Promotion Department of the CDTI, Director of Operational Management
and Secretary of the Board of Directors.

Since 2012, he managed the global economic and financial management of the CDTI as
well as the investment policy in capital of technological companies. In addition, he also
was a Member of the Board of the public investment company INNVIERTE.
In July 2018, he was appointed Director General of the CDTI.