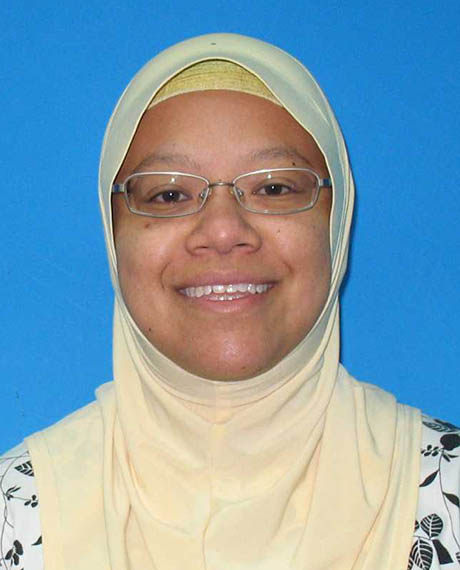 Dr. Anis Nurashikin Nordin has won numerous medals both internationally and locally for her research in developing personalized sensors for cancer chemotherapeutics. She has also been invited as a visiting scholar in renowned universities all over the world, namely the City College of New York, USA (2010 & 2015), Linkoping University, Sweden (2013), University of Twente, Holland (2014) and Griffith University, Australia (2011). Dr. Anis has also served as a technical consultant for UNITEN and Silterra (M) Sdn. Bhd.

Dr. Anis, a former student of the Bukit Bintang Girls School, started her academic career as an Assistant Lecturer in International Islamic University Malaysia in 1999, upon completion of her Bachelors degree in Computer and Information Engineering in the same year. She obtained both her Master of Science and Doctor of Science in Computer Engineering from the George Washington University, Washington D.C. in 2002 and 2008 respectively.

Her field of specialization, both for her Masters and doctorate degree was in Microelectronics and VLSI. She was appointed as an Associate Professor in the Department of Electrical and Computer Engineering, in 2012. She also served as the Head of Research in the Kulliyah of Engineering from 2011 till 2013.

She is a senior member of Institute of Electrical and Electronics Engineers. She is passionate about her research and her main research interests are in the areas of biosensors, microfluidics, lab-on-chip devices, Analog VLSI, RF-MEMS, surface acoustic wave resonators and oscillators in particular. She has won the IIUM Quality Day Most Outstanding Researcher Award in 2014 (Science and Technology) and IIUM Quality Day Most Promising Researcher Award in 2010 (Science and Technology).